ARVI was born in response to a request of flight dispatchers and pilots. We named ARVI after “Air vision” because we wish to support safe flight with clear visibility, by utilizing ARVI on their daily flights. flights. 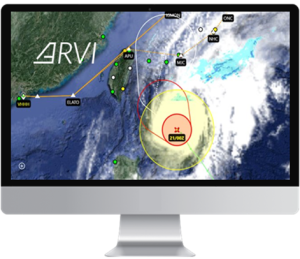 This system allows users to check weather information that affects aircraft operations on a single screen, such as:

One of the features of ARVI is its smooth data display.

Even when multiple weather information with large amounts of data are displayed in ARVI, it allows flight dispatchers and pilots to check quickly for dangerous weather phenomena on their routes. ARVI is not only supporting safe flight operations but also improving flight preparation efficiency.

“3D ARVI” specializes in weather phenomena that have a significant impact on flight operations, and by rendering these phenomena in 3D, it is easy to grasp weather situation intuitively. 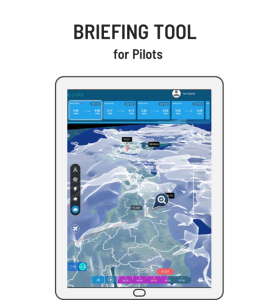 MTI Ltd. Succeeded to visualize weather conditions in 3D that affect aircraft operations, such as rain, wind, clouds, temperature, lightning, and turbulence.
Conventionally, flight operators had to use multiple weather charts of surface and upper-level, and combine them in their minds to make weather predictions.
Now that weather information is visualized in three dimensions, it is easier to grasp at a glance, which is a big feature of this system. 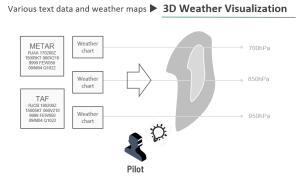 Improve dispatch briefing efficiency
3D ARVI is a “portable service”. Now you can carry the latest detailed aviation weather information with you, which used to be obtained only in the office.
All the necessary information is available from anywhere you like.
This system greatly reduces the workload of preparing materials for briefings and contributes more to efficient flight briefings. 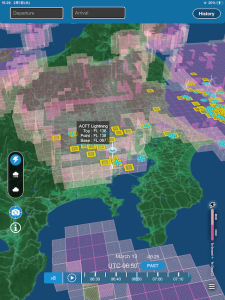 The third feature is the 3D visualization of JAXA’s algorithm “Aircraft Triggered lightning”.
Lightning strikes, which can damage aircraft, are to be avoided at all costs.
We visualized the danger zone in three dimensions that predict lightning-induced clouds when an aircraft approaches. Dispatchers can detect and avoid weather conditions that may cause lightning strikes to the aircraft in advance with a glance.

Our initiatives on 3D weather visualization

Tornado monitoring system
We developed a product to display tornado forecasts up to 10 minutes ahead for railroad operators, commissioned by the Japan Meteorological Agency’s Meteorological Research Institute. 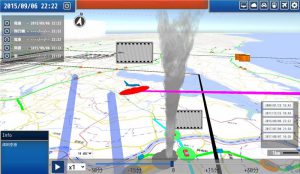 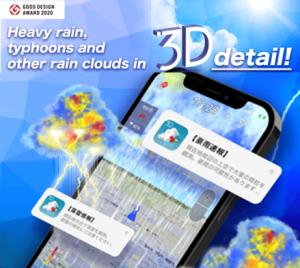 Inquiry:
To contact our weather team, please scan the QR code below or contact us via e-mail address below 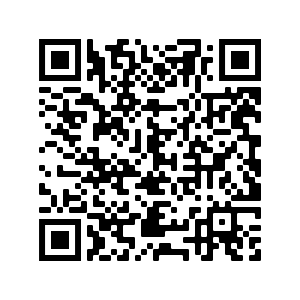